Every country can point to some event within its past which has played a role in defining the nature of that country, both historically and to the present day. A French person would likely point to the French Revolution in 1789, a German to the fall of the Nazi regime in 1945, a Russian to the arrival of Communism. However, to what might an Englishman point?

The events of the Second World War are surely an important one. The Civil War in the 17th century is another. A common one that would be brought up, a date seared into the mind of nearly every English person, is the Norman Conquest of 1066.

However, despite all of these, one event which arguably stands above them all is the English Reformation. Beginning, initially, as a political dispute, theological conflicts were brought to the fore with a series of Acts of Parliament, including the Act of Supremacy in 1534, which placed the English Church in Schism. The aforementioned 1534 Act formally declared the King, Henry VIII, as Supreme Head on Earth of the Church of England’.

This was followed by Henry’s son, Edward, coming to the throne and pushing a more explicitly theologically and liturgically Protestant line. The early death of Edward saw the succession of his half-sister Mary. Her five-year reign reversed her brother’s religious reforms and her father’s schism. However, Mary’s efforts were in vain as she was succeeded by her half-sister Elizabeth who again took the English Church from under the umbrella of Rome, though choosing a theological via media between continental Protestantism and Catholicism.

Why is this series of events arguably the most important in English history? While it is fun to engage in counterfactual history, wondering what may have happened had the religious changes of the 16th century never taken place, this is not a proper historical task. These religious changes are important, not because of what we can imagine in their absence, but because of what religion is in a human society. The 20th century historian Christopher Dawson, whom TS Eliot described as “the most powerful intellectual influence in England”, was interested in the study of civilisations.

The questions of how and why they rise and fall led to a lifetime of research and writing, producing numerous books, articles and lectures. The great conclusion of Dawson’s works was that religion is one of the key and consistent driving forces of civilisation throughout history. It therefore stands to reason that an event such as the Reformation, where the religious fabric of the country was fundamentally altered from top to bottom, would be of primary importance.

One might reasonably argue that the traditional English stiff upper lip is a result of the more restrained Protestant approach to worship when compared with the rich ceremonies of the Mass. Charles Darwin observed that “Englishmen rarely cry […]; whereas in some parts of the Continent the men shed tears much more readily and freely”. G. K. Chesterton would write that ‘those countries in Europe which are still influenced by priests, are exactly the countries where there is still singing and dancing and coloured dresses and art in the open air. Catholic doctrine and discipline may be walls; but they are the walls of a playground’. The implication is clear; there are cultural differences between Protestant England and the Catholic countries of continental Europe that are the result of religious doctrine and practice. Even though these countries are quickly shedding their religion, those cultural differences remain 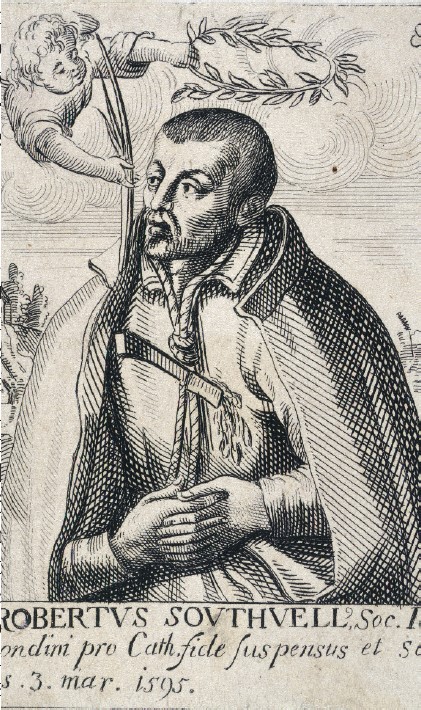 Religious changes brought about mass cultural changes. The religious houses of England were supressed in what the historian Professor George W. Bernard has described as “one of the most revolutionary events in English history”.

The dotted remains of ruined abbeys and priories, their stone remains jutting from the ground like the bones of a long extinct beast, are eloquent testimony to the radical change of the suppression. These religious reforms, naturally, affected everyone. Some, such as those in Lincolnshire and Yorkshire, responded by open rebellion. Others secretly kept their Catholicism while attending Anglican services. Some refused to attend Anglican services and practised their Catholicism secretly.

A consistent desire among wealthy Catholic families who continued in their Catholicism was that of seeing their children educated as Catholics. Stonyhurst College, on whose estate the Christian Heritage Centre has its home, is one such school. Beginning life at Saint-Omer in 1593, it provided a Catholic education for English boys in the then Spanish Netherlands. Within centres like this, a distinctly Catholic and English culture could remain and, indeed, flourish in relative safety behind the barrier of the English Channel. These sanctuaries were to produce saints and martyrs who were to die in England for preaching the Catholic faith.

One such figure, Robert Southwell, a product of the English College at Douai, was to provide spiritual nourishment for the faithful at home. One way he did this was through his corpus of poetry. One poem, New Heaven, New War, speaks of the coming of Christ at Christmas. God invades the Devil’s abode to defeat him: ‘This little Babe so few days old, Is come to rifle Satan’s fold; All hell doth at his presence quake, Though he himself for cold do shake; For in this weak, unarmed wise, The gates of hell he will surprise’.

God, in having taken on flesh, will defeat Satan.

Verse such as this must have been a great comfort to English Catholics who thought themselves once again in ‘Satan’s fold’; Christ’s victory against these powers is inevitable.

It is precisely on this topic that the Christian Heritage Centre will be hosting an academic conference on Saturday, 28th of March. Led by Professors Peter Davidson and Gerard Kilroy, the conference will examine the cultural interactions between Protestant England and the Catholic part of Europe.

St Robert’s poetry, such as that quoted above, represented a vibrant Catholic and English culture in exile that sort to provide comfort to those at home. The conference will be providing a fresh look at these cultural contributions that demonstrate, despite its persecution, a vibrant, living body of faith.

Adam Coates is the Educational Assistant, The Christian Heritage Centre