“O King whom all the people’s desire, you are the cornerstone which makes all one.
O come and save man, whom you made from clay.”

The English translation loses some of the references however. The Latin antiphon translates more literally as, “O King of the people, and [who is] desired by them”. “King of the people” is drawn from Jeremiah’s speech, in which he contrasts Israel’s true God with the pagan idols ( Jer 10:7). The application of this title to Christ the Son seems to be original to the antiphon’s author.

The people’s desire, as expressed here, has also been subjected to some reinterpretation. The text refers to Haggai’s prophecy (2:7) where, in the Hebrew text, the prophet speaks of that which is desirable or precious flowing in. The English, and other vernacular translations, translate this to refer to “treasure” or similar. But St Jerome, in his Latin translation, instead personifies the desirable or precious object, giving it a Messianic interpretation. And so the antiphon interprets the Promised One, Israel’s own God in human form, as the true desire of humanity.

The universal sense of this desire is reinforced by the “cornerstone which makes all one”. St Paul, in Ephesians 2:20, refers to Christ as the cornerstone on which the Church is built. In turn, he draws this expression from Isaiah 28:16, which speaks of a stone at the foundations of Sion. However, the Latin antiphon then quotes Ephesians 2:14,, which refers to making both one (rather than all). St Paul is here referring to the “pagans and Jews”, who are brought together as one in Christ.

The antiphon concludes by underlining, again, that universality of both pagans and Jews (i.e. of all humanity) by reference to their common Creator. The making of man from clay refers to Genesis 2:7. It should not surprise us that the antiphon accredits this act of creation to the Second Person of the Trinity. St John’s Gospel reminds us that “all things were made through Him”, and several Fathers of the Church (particularly Clement of Alexandria and Irenaeus) speak of the role of the Son, and indeed the Holy Spirit, in creation.

Thus, immediately prior to the imminent manifestation of the Christ-Child, this antiphon reminds us of the splendour and power that human form will veil in the Christmas mystery. 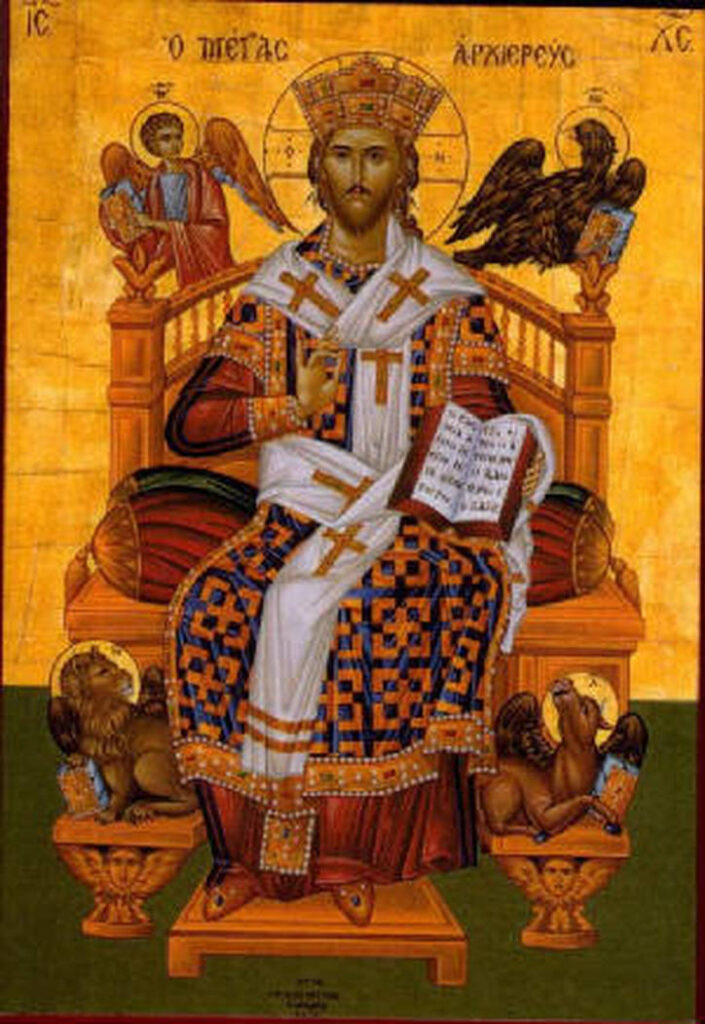 is a registered charity, established to increase access by the Catholic community to the Stonyhurst Collections.

Images from the Collections are kindly reproduced by permission of the Society of Jesus and Stonyhurst College.

The Christian Heritage Centre at Stonyhurst has built Theodore House to enable visitors, scholars, parishes, schools and retreatants to deepen their Christian faith.

Further details of how to support the project or to book Theodore House are available from 01254 827329.