John Ruskin's Travels on the Continent

Explore the Christian spirit of European art with a fascinating and colourful tour of the continent, through the eyes of John Ruskin

John Ruskin, the polymathic Victorian art and social critic, started out as an Evangelical chauvinist, celebrating the works of a school of British artists he described as his “Modern Painters”, especially J.M.W.Turner. But his developing interest in European architecture and art, centrally in Venice, challenged his provinciality and opened his imagination to the treasures of the Catholic Middle Ages and the society from which they had sprung. Throughout his winding and contradictory history of religious faith and doubt he persisted in arguing his belief that “all great art is praise”, and seeing it with the eyes of “faith and intense Christian feeling”. 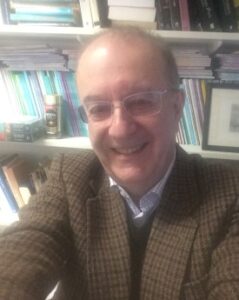 Keith Hanley studied English at Lincoln College, Oxford (MA, B.Litt). At Lancaster (Ph.D) he founded the Wordsworth Centre, which he directed from 1988-2000, and initiated the transfer of the John Howard Whitehouse Ruskin Collections from Bembridge school, directing the Ruskin Centre at Lancaster from 2000-2008. From 1994 he has co-edited the quarterly Nineteenth Century Contexts: An Interdisciplinary Journal (published by Routledge since 2002), currently with Alex Wettlaufer, University of Texas at Austin. He has held posts at a number of European universities and at Notre Dame, Indiana.