Dare we forget the call to the sainthood?

The lives of the saints have historically provided one of the great staples of the catechetical and spiritual life.

Their biographies, in varying levels of literary and spiritual complexity, would be read by Christians of all ages. Children would be presented early on with these figures in story book form. As they grew, so also did they in knowledge of and friendship with the saints, through reading more complex or original texts as they were able to.

This has always been a self-evidently important element in the formation of a person’s faith, since the saints are guiding lights for the sincere Christian. They mark out a true and trodden path that navigates the difficulties and complexities of this life, while making a bee-line for Heaven. The saints are those who have ‘fought the good fight… finished the race… kept the faith’ (2 Timothy 4:7).

They have faced the world, they have discerned what is right and what is wrong, and they have relentlessly pursued the former. Do we not still need them today?

It does not seem unreasonable to suggest that our celebrity culture has, to a large extent, either pushed the saints off our radar or filled in the previously-vacated space that the saints used to inhabit. The saints were at once role models and witnesses to the reality of our faith. Celebrities also serve as role models, and most often as witness to the realities of this world. The saints are clearly a less attractive role model to someone who does not understand the primacy of Heaven over earth, or the spiritual over the physical.

And equally, someone whose primary aim is to make the most out of this world, rather than to strive for Heaven, will not see their relevance. 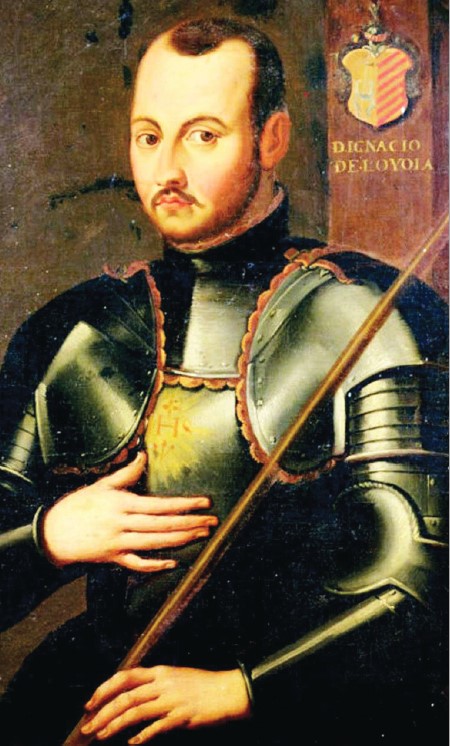 Perhaps it is precisely the apparent unpopularity or unattractiveness of the saints that serves as a warning of our need for them more than ever.

It continues to be in the relational nature of humans to look for role models, to aspire after others and to imitate that which we see as appealing in them. This is especially true throughout childhood, in the most formative years of our character. So it is precisely then that we let children down most of all if we fail to present them with these great, Christian role models.

If we take seriously the words of Pope Francis, “To be saints is not a privilege for the few, but a vocation for everyone” – in other words, if we take seriously the fundamental Christian precept that we are all called to holiness – we cannot discard what the saints have to offer us. Pope Benedict XVI once said that for him, “Art and the saints are the greatest apologetics for our faith”. A vivid and real knowledge of the lives of the saints is itself a powerful testimony to the reality of God and the possibility of a relationship with Him. Every young boy who sees the attraction of combat and soldiering can draw great inspiration from St Ignatius of Loyola’s mercenary adventures and his discovery of the one cause worth fighting for. Every young girl who wants to find the means to security and success can look to the commanding and uncompromising presence of St Teresa of Avila.

Moreover, knowing the saints well teaches us that their lives are not somehow simply summarised in a single, beautiful stained-glass window. Seeing the saints means seeing how to struggle to find what is good, how to fight to choose that good for ourselves, and how to persevere in that choice of the good. Knowing the saints is empowering. It teaches us that, as Pope St John Paul II said,

“We are not the sum of our weaknesses and failures: we are the sum of the Father’s love for us and our real capacity to become the image of His Son”. 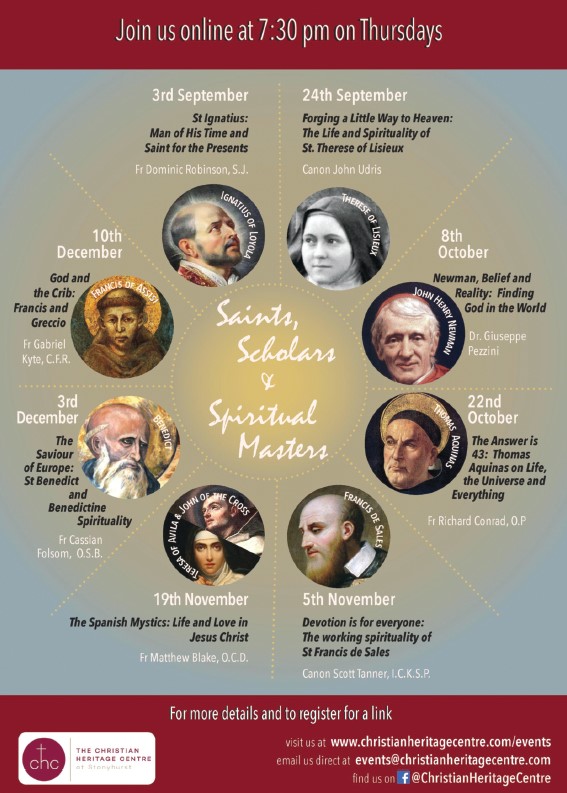 It is tremendously liberating to truly know and live this, because it gives us both the courage to identify and name our sins, as well as to fight them.

If, on the one hand, St Ignatius warns us that “It is preferable for us to avoid sin than to be lords over the whole world”, on the other, Padre Pio encourages us with the reminder that “Jesus is never so close to you as he is during your spiritual battles”.

The lives of the saints and the fruits of their spiritual wisdom are treasures that we should not be willing to discard or to fail to hand on. They are part of that great spiritual heritage of Catholic Christianity, which constitutes a sure foundation for navigating this earthly pilgrimage.

With the upcoming 50th anniversary of the canonisation of the 40 Martyrs of England and Wales, and the first anniversary of John Henry Newman’s canonisation, it is an opportune time to revisit our spiritual patrons and friends in Heaven. At Stonyhurst we have therefore brought together a number of highly respected and well-known speakers, to offer insights into the lives and spirituality of some of the great spiritual masters of the Western Church. The series of talks that they will present will be offered online for free (they will also be accessible afterwards on our website).

Stefan Kaminski is the Director of the Christian Heritage Centre, Stonyhurst.