For the recording of this talk, please click here 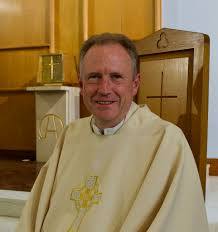 Fr Matthew Blake is a Carmelite priest. Originally from Ireland, he has lived and worked  in the UK for more than thirty years. His ministry has mainly involved retreat direction, for which he is well-known in the UK, and he has also worked in many different parishes.

A selection of Fr Blake’s talks can be found here.