“The disorientation regarding anthropology, which is a widespread feature of our cultural landscape, has undoubtedly helped to destabilise the family as an institution, bringing with it a tendency to cancel out the differences between men and women, presenting them instead as merely the product of historical and cultural conditioning”

Congregation for Catholic Education, “‘Male and Female He Created Them’: Towards a Path of Dialogue on the Question of Gender Theory in Education” (2019)

CEPHAS 2023 will be an opportunity to reflect in a profound way on who we are, as well as who others say we are.

The course will explore Aquinas’ anthropology and the Thomistic framework for the Catholic Church’s teachings on human nature, gender, and identity.

The course will also discuss how a Thomistic anthropology might provide a fruitful and grounded perspective on the contemporary cultural wars about gender identity, transgenderism, and self-identification of different kinds.

2022 – The Search for Happiness: The Cardinal Virtues & the Good Life

2019 – Searching for Meaning and Value in the Contemporary World

2018 – Human Freedom and Ethics in the World Today

Is this course for me?

The course requires no prior qualification or knowledge, but is intended to serve as an introduction or primer to Catholic, Thomistic philosophy and theology.

The course is offered to anyone wishing to engage in this area. It may be of special interest to future, current or former students of philosophy and theology, and secondary-level teachers of the same.

CEPHAS courses are built around a combination of philosophical and theological lectures and workshops, with plenty of discussion.

A guest talk, accompanied by good wine, is offered on one of the evenings.

The course is framed by opportunities for Mass during the day and communal prayer in the morning and evening. 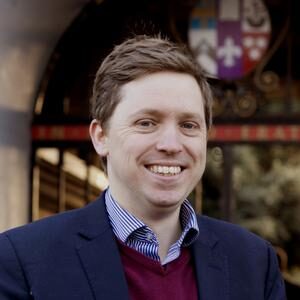 Prof. George Corbett (Director of CEPHAS) is Professor of Theology at the School of Divinity, University of St Andrews. Previously, he held positions as Junior Research Fellow in Philosophy, Trinity College, and affiliated lecturer, University of Cambridge. He received his BA (double first), MPhil (distinction), and PhD (AHRC-funded) from the University of Cambridge. He has also studied in Pisa (as an Erasmus-Socrates exchange scholar at La Scuola Normale Superiore), Rome (Institutum Pontificium Alterioris Latinitatis), and Montella (Vivarium Novum).

Prof. Corbett is the author of Dante’s Christian Ethics: Purgatory and Its Moral Contexts (Cambridge: Cambridge University Press, 2020) and Dante and Epicurus: A Dualistic Vision of Secular and Spiritual Fulfilment (Oxford: Legenda, 2013),  and is co-editor of Vertical Readings in Dante’s Comedy, 3 vols (Cambridge: Open Book Publishers, 2015-17), an international collaboration by thirty-four scholars on a reappraisal of the whole poem. He has also published on Aquinas, sacred music, medieval theology, and the arts. 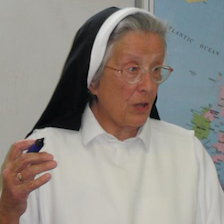 Sr Valery Walker, O.P. is a Dominican Sister of the Stone Congregation. In the early 1970s, she was introduced by Fr Romuald Horn O.P. to a particular method of studying the Summa Theologica of St Thomas Aquinas. Since then, she has run numerous S Thomas study days and weekends. 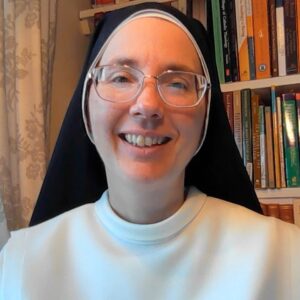 Sr. Magdalene Eitenmiller, O.P. is a Dominican sister of the Stone Congregation.

She believes that theological studies can help one develop a deeper union with God and strengthen one’s faith, especially when learning from the teachings of Aquinas, one of the greatest theologians of all time.
About the venue

Theodore House offers a wonderful venue for any residential course. The tranquil and beautiful surroundings of the Stonyhurst estate offer a peaceful setting with endless opportunities for walks. Guests will enjoy the comfortable recreational spaces and a beautifully lanscaped garden.

*Costs include full board from Friday dinner to Monday lunch inclusive.

Bursaries are available for anyone (whether employed or not) who would like to come but would benefit from financial assistance. Please contact us at events@christianheritagecentre.com for further information.

“The lecture content was well organised and focused on practical situations – intellectually challenging, but stimulating and easy to follow. Presentation was great and brought emphasis on the important points.”

“Thank you so much for this conference and all the effort and hard work that has been put into it. The ability to gather and discuss with a framework of reflection and prayer/sacraments is truly precious.“