The Christian Heritage Centre at Stonyhurst

Stonyhurst College is the oldest surviving Jesuit school in the world. Founded in 1593, today it is a flourishing international co-educational boarding school based in Lancashire, educating children from over 40 countries in beautiful and historic grounds.

The college’s rich collections of British Catholic historical artefacts are internationally renowned; the first acquisition was made in 1609, making it the oldest museum in the English speaking world. Elizabethan and Jacobean Catholics risked imprisonment, heavy fines and, in extreme cases, the death penalty, to rescue what they could of their spiritual culture from the state-ordained destruction of all vestiges of Catholicism in 16th and 17th century England. Many beautiful and extraordinary objects were smuggled across the English Channel in the 17th century to the college and to the Jesuits for safe keeping.  These are now held in trust at Stonyhurst College, the direct descendant of the English Jesuit College at St Omers.

The collections span 2,000 years of Christian history and include rare books, illuminated medieval manuscripts, richly embroidered vestments, relics and reliquaries, alabasters, paintings and engravings, devotional objects, libraries, archives and church silver. There are some extraordinary connections to English and Scottish royalty, and items associated with numerous saints and martyrs. But these are not simply rare and wonderful museum artefacts. They represent the history, suffering and determination of British Catholics to survive and to preserve what they could of their own precious story and culture.

Stonyhurst College began its existence in 1593 in the medieval town of Saint-Omer, near Calais, then in the Spanish Netherlands. Known as St Omers College, it was founded by an English Jesuit, Robert Persons, whose experience as an underground missionary in his native land acquainted him with the plight of parents who sought a Catholic education for their children, banned by law in England. These parents sent their sons abroad for years at a time, risking considerable loss of income and property, and even imprisonment, for the chance of a Catholic education. St Omers College grew rapidly, sending many of its alumni to train in Rome, France and Spain for the priesthood. Twenty-three St Omers priests died in England as missionary martyrs for the faith between 1608 and 1680, three of whom were canonised in 1970 as part of the group known as the Forty Martyrs. 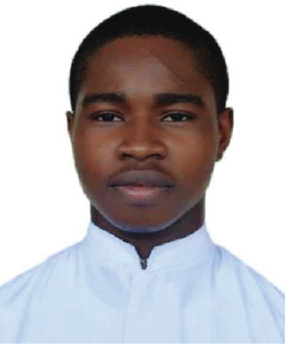 For many today, it is hard to comprehend a time when a Christian faith was proscribed in England. These stories of bravery, sacrifice, torture and defiant endurance deserve to reach a new audience- an aim which Stonyhurst College seeks to address with a series of ground-breaking exhibitions over the coming three years.

The first of these is a major new exhibition, God’s Servant First, opening in Washington DC on 16th September 2016, at the St John Paul II Shrine, telling the story of Thomas More; one of the most powerful figures to surface from the confusion, destruction and pain of the English Reformation.

Thomas More was a man of many parts: man of law, man of letters, man of affairs, family man, prisoner of conscience, confessor, martyr and saint. More disliked public life, valuing equality, freedom and informality over the artifice and shallow glamour of the Tudor court. He was a lover of wit, intellect and humour, seeking intelligent company whether male or female, a generous giver to charity, a just lawyer, a superb speaker and a loyal friend.  In 1520, his friend Robert Whittington coined the famous phrase we most associate with More, ‘More is a man of angels’ wit & singular learning. He is a man of many excellent virtues, I know not his fellow. For where is the man in whom is seen so many goodly virtues of gentleness, lowliness and affability? A man of marvellous mirth and pastime, and of sad gravity, a man for all seasons.’

The exhibition seeks to tell Thomas More’s story, as it has resonated down the ages, moving and inspiring countless thousands by his willingness to make the ultimate sacrifice rather than compromise his deeply held principles and faith. It examines the context of his times, the struggles of differing faiths in the Reformation and the role played by More as the chief legal officer in Tudor England, and traces his legacy in Europe and America in the centuries following his execution. 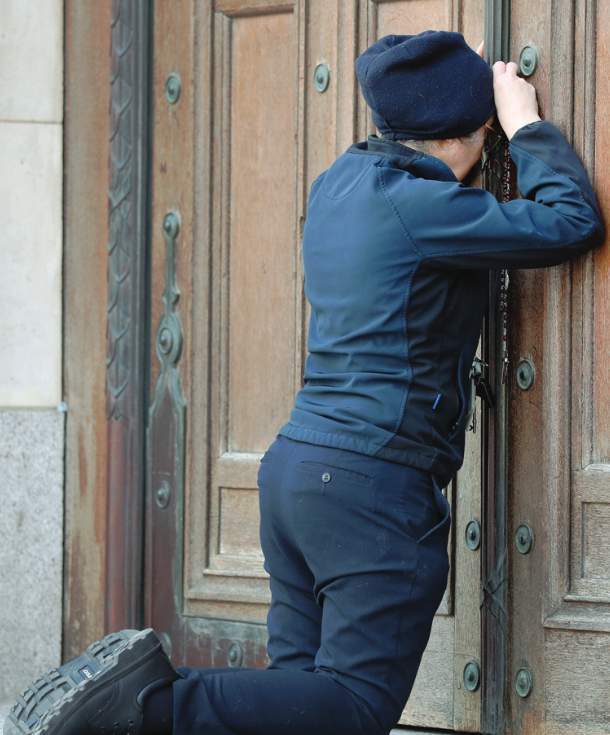 A woman prays against the shutdoor of Westminister Cathedral onEaster Sunday. Such public demonstrations of faith when lockdown allows will be a powerful witness to the continued importance of religion in modern life

The exhibition is sponsored by the Knights of Columbus and the Christian Heritage Centre at Stonyhurst, and consists of more than 50 artefacts from the Stonyhurst collections, with important loans from the British Jesuit Province of two precious hats which belonged to More. The loans include manuscripts, altarpieces , prayer books and embroideries from the 11th to the 16th centuries highlighting English medieval Catholic spirituality.

Rare printed books, such as Cranmer’s annotated copy of Irenaeus, Martin Luther’s Simple Way to Pray and a fragment of Tyndale’s first edition of the New Testament in English, illustrate the great fracture which divided Reformation Europe.

Henry VIII’s Defence of the Seven Sacraments and numerous books from the hand of Thomas More and his fellow martyr, John Fisher, are testament to the war of words and ideas which shook Europe in the 16th century.

The exhibition includes royal vestments which belonged to Henry VII and Katherine of Aragon, a precious relic of More’s jaw- bone, which passed from Meg Roper to Thomas More’s great grandson, Cresacre More and an embroidered gold chasuble commissioned by More’s close friends, the Bonvisi family.

It runs until 31st March 2017, when the artefacts will return to take their place in a new Stonyhurst Museum.  An illustrated catalogue of God’s Servant First is available from the St Omers Press. www.stomerspress.com